Our Masterclass/Workshop Series invites students to come learn from MTME teachers and from guest teachers at
​one or two day intensives that delve into a variety of musical topics.

Understanding Musical Theater as a Career

In songwriting there are no rules only tools! Come and learn the tools with award winning songwriter Ali Cecchetti! From rhyme schemes, to lyric rhythms, melodic rhythms, catchy hooks, song intros, and more!! Bring your note books and a pencil and lets get writing!!!

Microphones & PAs for Singers and Speakers 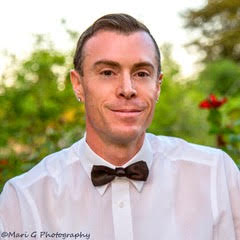 Eric Jackson
​As a Musical Theater Department graduate from the University of Michigan, Eric’s New York City performing credits include stage, television, film, and commercial work.   On Broadway he was seen in the production of THOROUGHLY MODERN MILLIE and was also an original cast member of Mel Brook’s musical YOUNG FRANKENSTEIN and in the original cast recording.  He traveled nationally and internationally with touring companies of THE BOOK OF MORMON, DREAMGIRLS, RAGTIME, CHICAGO, THE SCOTTSBORO BOYS, and THE RADIO CITY CHRISTMAS SPECTACULAR.  Off- Broadway he was seen in FINIAN’S RAINBOW at the Irish Repertory Theater and can be heard on their cast recording.  He made his Carnegie Hall debut with the concert version of SHOW BOAT.  He was a longtime performer with Lincoln Center’s The Little Orchestra Society and their young theater series LOLLIPOPS.  He also played regionally in Theaters including Westchester Broadway Theater, Paper Mill Playhouse, Mains State Music Theatre, Weston Playhouse, and Pioneer Theatre.  Eric's television appearances include “As the World Turns,” “Sex and the City,” “The Macy’s Thanksgiving Day Parade,” and numerous commercial spots. ​